There's a thriving interest in astronomy in the Moray and Highland area, with two very active astronomy societies.

Both societies have monthly meetings, with talks and night sky updates, and also other events, such as the afternoon pictured here, run by Moray's astronomy club Sigma at Lhanbryde Community Centre. There were activities for all ages, and particularly for the very young. 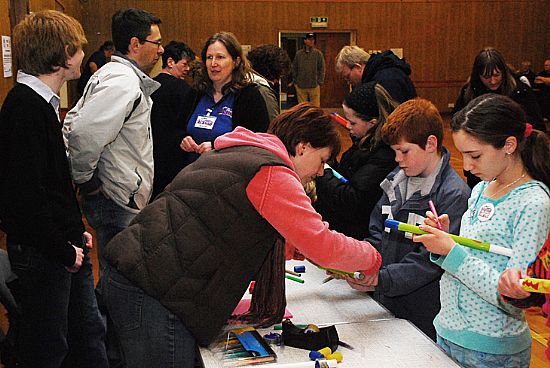 Small figures could be seen, gathered round table with cardboard tubes and nosecones, and then heading outside to see the resulting rockets burst upwards on a jet of compressed air to such a height that it was not always easy to keep them in sight. 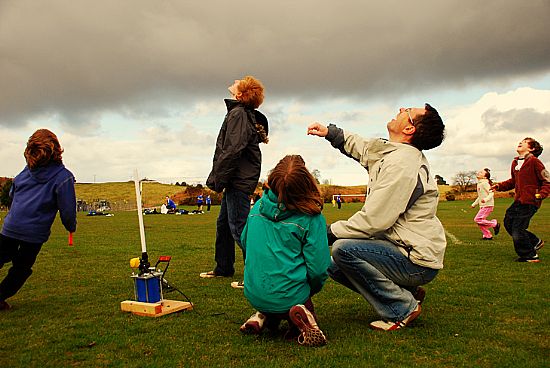 Indoors, other small fiigures sat focused intently on a computer screen receiving video images from the remote-controlled Mars Rover, inching it forward to come up to a rock to measure its width. 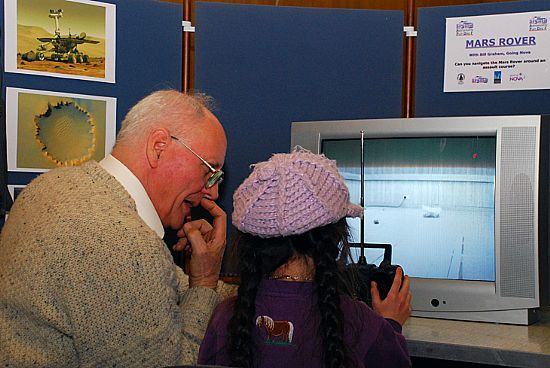 There was umbrella astronomy, setting out in silver stars the shapes of constellations like the Great Bear and Cygnus on the dark interiors of umbrellas. Pinprick constellations, with the light shining through holes in card, were another ingenious way to help recognition of the patterns of stars in the night sky. 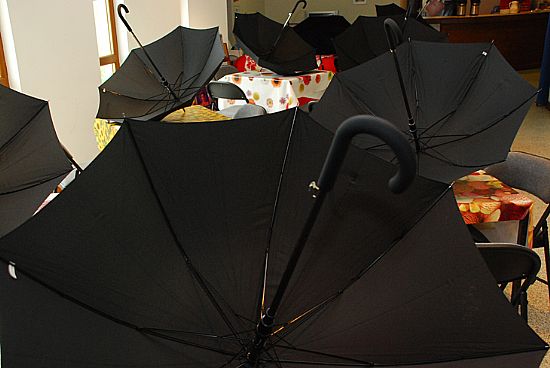 There was also a travelling planetarium, provided through the kind support of Glasgow Science Centre. The inflatable dome has a dark ceiling on which projectors display patterns of constellations, which can move around to show the course of the seasons. Meanwhile in preparation for some spring sunshine, sundials were being made out of cast-off pieces of perspex and paper arcs. 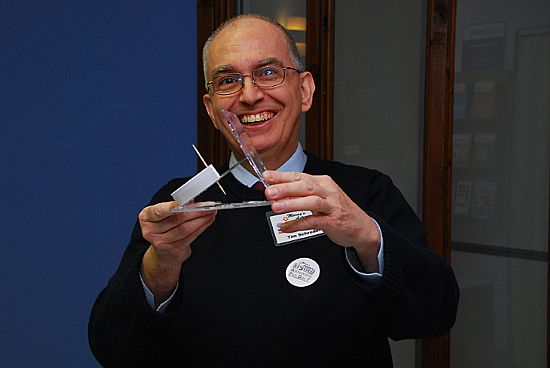 And there was the Solar System on a toilet roll, with Mercury, Venus, Earth and Mars within a reasonable number of sheets of the sun – and then Neptune and Pluto requiring a length as big as that taken by the do in the Andrex TV advert.

And there was comet-making. It's just a dirty snowball, they say – so with dry ice and soot and a few other ingredients, we can have one made for us. This can be a lively process. 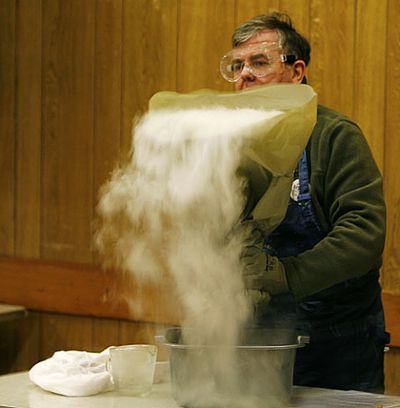